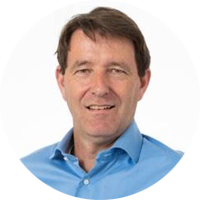 Marc was named Vice President of Catalent Biologics’ European Business Development team in April 2020 where he leads business development efforts for both drug substance and drug product across the region. He is an experienced commercial and business development executive with over 22 years of experience building and leading commercial teams in the Life Sciences industry. He joined Catalent from Consort Medical, which was acquired by Recipharm, where he was Vice President, Commercial for two years. Prior to his time at Consort Medical, Marc spent eight years at Patheon Biologics as Vice President, Commercial and led the successful commercial integration of DSM Biologics and Gallus into Patheon from 2008-2016. He was also previously involved in the penicillin industry at DSM Anti-Infectives from 1998-2005 and the medical device industry at Phillips-Medisize from 2005-2008.

Marc is a Dutch national and holds a Master of Science in Chemical Engineering from Delft University of Technology and a Master of Business Administration from Rotterdam School of Management.