CAR-Ts revolutionized the way blood cancers can be treated, but still haven’t really caught on in the market as physicians and patients consider vein-to-vein times, cost and manufacturing snafus. Now a large group of scientists are leading a well-funded drive to adapt this technology for solid tumors, while making the whole process much more economical for patients and payers. The winners will help revolutionize the field. And the race to be first has inspired a furious sprint to the finish line. 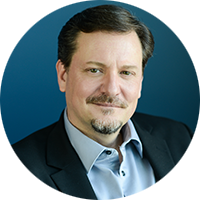 Philip Wills, Chief Commercial Officer at Catalent Cell & Gene Therapy, is a veteran business executive and scientist with nearly two decades of contract manufacturing experience, primarily focused in viral vectors and other complex biologics. After joining Paragon in 2002, Philip held positions of increasing scope and responsibility, including appointments as the Principal Scientist and VP of Business Development. His career began at the University of Maryland and worked in a variety of scientific roles in both the School of Medicine and Cancer Center.

Philip obtained a Bachelor of Arts in Chemistry from Johns Hopkins University and a PhD in Pharmacology from the University of Maryland Medical School.